WG 4: Analysis and restoration of CH surfaces and objects

1st WG task st4.1 Identification, structuring and implementation of typical use cases
Surface analyses based on various optical, physicalor chemical characteristics may serve diverse purposes. Surface characteristics are subject to the interaction with the optical radiation and the process of data capture. It is therefore important for COSH to identify crucial factors affecting these processes and to establish a reliable knowledge base.

2nd WG task s4.2 Development of guidelines
Similarly, it is important to identify and define the impact of the instrumentation on the quality of results. Critical steps in the analytical process should be identified depending on the purpose of the undertaken analysis.

Joint WG and MC Meeting in St. Etienne in March

Our WG4 meeting was the occasion to update the members on the development of WG4 subtasks. Furthermore, we could show through GERMOLLES case study coordinated by WG4 leader how some imaging techniques can respond in the best possible way to the particular characteristics of the wall paintings investigated (decoration in relief combining mate and glossy areas and complex stratigraphies of paint layers). The results obtained should eventually enable us to propose an examination protocol that would serve as a guideline for those who are willing to document in a similar way wall paintings or similar cultural heritage artefacts.

The kick-off meeting of GERMOLLES case study was co-organised by WG4 and WG1 at Château de Germolles in January. This meeting was the occasion to report the progress of the work carried out up to that time, funded partly by the Regional Direction of Cultural Affairs in Burgundy and two COSCH STSMs (2013 & 2014).

The WG4 Vice-leader attended the kick-off meeting as a collaborator of the COINS case study in Warsaw (May).

WG4 members had the occasion to meet four times:

Belgrade Joint WG and MC meeting in Belgrade in September 2014

WG4 gave a presentation reviewing WG4 activities: "From typical use cases to the development of guidelines: the contribution of end-users". Additionally, WG4 members met separately to be updated on current activities.

Two case studies involving WG4 were selected by the MC: GERMOLLES case study coordinated by the WG4 Leader and COINS case study to which the WG4 Vice-Leader contributes.

WG4 members were invited by S. Röhrs, senior researcher at Rathgen Research Laboratory inside the National Museums Berlin. Several presentations were given by local experts:

The WG4 Leader updated the WG4 members attending the meeting on current tasks (sub-tasks, COSCHKR Application questionnaire (6 proposals from WG4), the development of guidelines). The WG4 leader presented to the members the different case studies selected to evaluate them as a team.

As usual, WG4 meeting during the Joensuu MC was the occasion to update WG4 members that did not attend the meeting in Amsterdam on the activities of WG4: subtasks and contribution to COSCHKR Appl. Possible bridges between WGs on COSCH scientific topics were discussed. 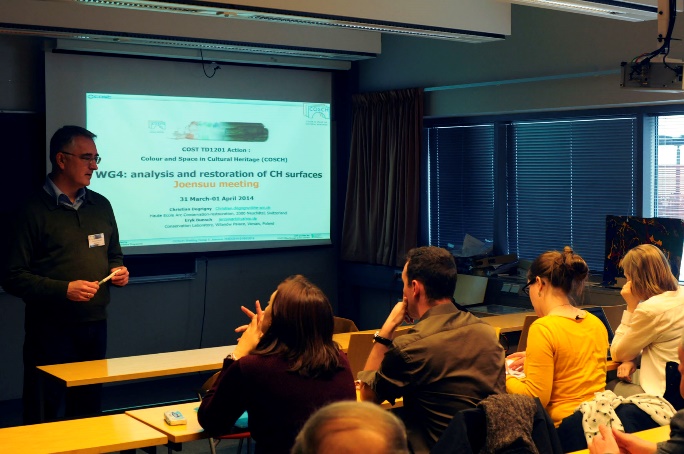 WG4 members were invited by R. van Langh, director of the Rijksmuseum conservation laboratories. They discussed the following research topics of interest to the members:

as well as the COSCHKR Application, which is under development, and the way WG4 members could contribute to it.

The first feedback of WG4 members to WG4 sub-tasks were presented as well. 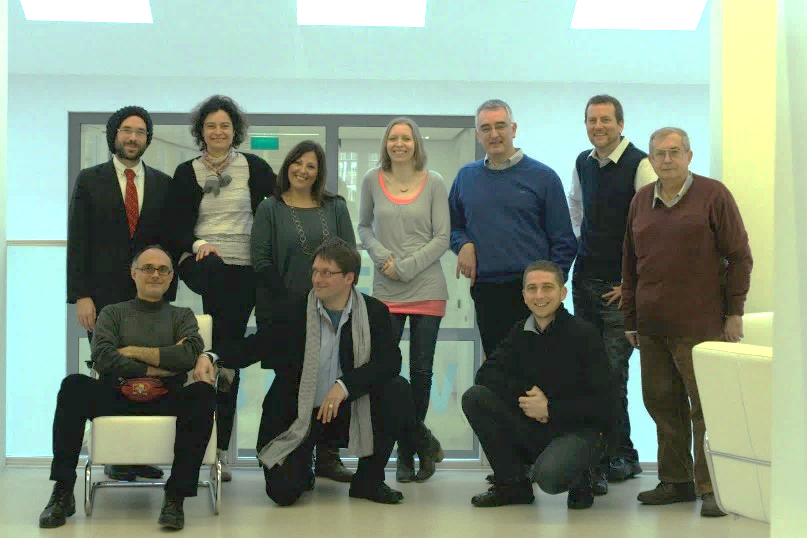 Find abstract and presentations of WG 4 from Spring Meeting below:

Quantitative Hyperspectral Imaging for the Standardization of Documents Monitoring at the Nationaal Archief (The Netherlands) (Abstract).

Technical photography: a low cost technique for the examination of decorated surfaces (Abstract).